“The foundation for the first of two 110-unit apartment buildings was laid this week as part of the ongoing construction of the North Cornwall Commons in Lebanon.

Two-thirds of the apartments -77 – will be one-bedroom units, while 33 of them will be 2-bedroom units, said Michael Swank, director of operations for real estate at Byler Holdings, the developer.

Initially, commercial development was planned where the two buildings are being constructed. However, a change in market conditions and increased demand for new apartments pushed a change toward living spaces.

Jonathan Byler, owner of Byler Holdings, the company behind the development, said the coronavirus caused no delays in the fist apartment, but could affect upcoming development plans.

The apartments all have access to a community building that includes a pool, a fitness center, and an indoor meeting and gathering space in addition to a dog park…” 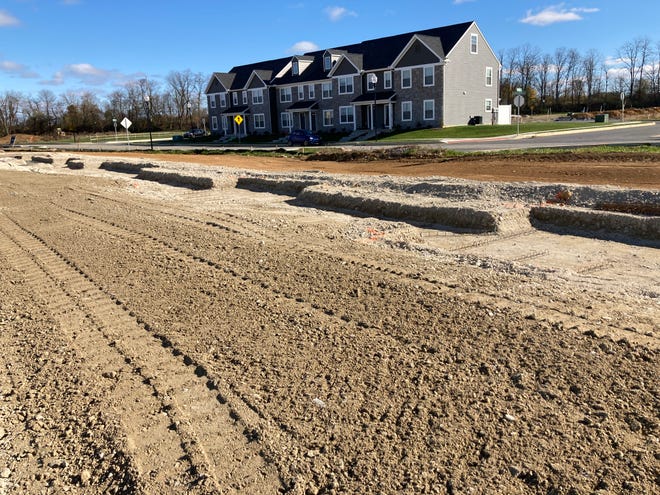